Do the following and Live Longer 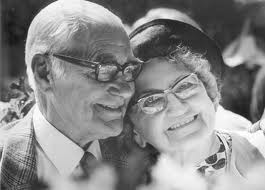 DONT OVER EAT If you want to live to 100, leaving a little bit of food on your plate may be a good idea. Author Dan Buettner, who studies longevity around the world, found that the oldest Japanese people stop eating when they are feeling only about 80% full. St. Louis University researchers have confirmed that eating less helps you age slower; in a 2008 study they found that limiting calories lowered production of T3, a thyroid hormone that slows metabolism—and speeds up the aging process.

Turn Off the TV Too much time in front of the boob tube can take a serious toll on your health. In fact, a 2010 study found that people who watched four or more hours a day were 46% more likely to die from any cause than people who watched less than two hours a day. Even cutting back a little can help; each additional hour you watch increases your overall risk of dying by 11% and dying from heart disease by 18%.

Stay Out of the Sun Avoiding too much sun can head off skin cancer, and it can also keep you looking young by preventing wrinkles, fine lines, and saggy skin. It’s never too early—or too late—to add sunscreen to your daily skin-care regimen (look for an SPF of 30 or higher). And don’t focus only on your face. Sun damage spots and splotches on your chest and neck will also make you appear older.

Reach Out Research shows that you’re at greater risk of heart disease without a strong network of friends and family. Loneliness can cause inflammation, and in otherwise healthy people it can be just as dangerous as having high cholesterol or even smoking. Loneliness seems to pose the greatest risk for elderly people, who are also prone to depression.

Drink in Moderation Women who have two or more drinks a day and men who have three or more may run into detrimental effects ranging from weight gain to relationship problems. But in smaller quantities, alcohol can actually be good for you. A 2010 study in the Journal of the American College of Cardiology linked light drinking (defined as one drink a day for women and two for men) to significant heart benefits.

Focus on fitness Daily exercise may be the closest thing we have to a fountain of youth. A 2008 study found that regular high-intensity exercise (such as running) can add up to four years to your life, which isn’t surprising given the positive effects working out has on your heart, mind, and metabolism. Even moderate exercise—a quick, 30-minute walk each day, for example—can lower your risk of heart problems.

Don't Smoke Quitting smoking is perhaps the single most important thing you can do for your health—and your life span. A study published in the American Journal of Public Health found that women who quit smoking by age 35 add roughly six to eight years to their lives. It’s never too late to kick the habit. Quitting can slow disease and increase survival odds even in smokers who have already caused significant damage to their lungs, like those with early lung cancer or COPD.